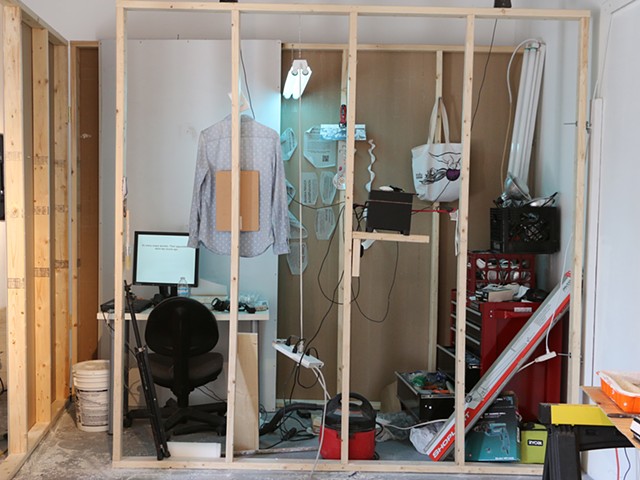 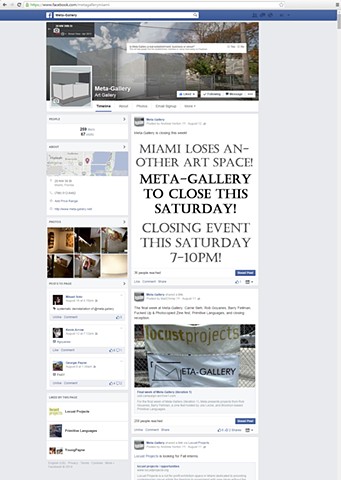 The Meta-Gallery project addresses the role of the gallery as a production site and the role of the curator as the manipulator of the medium of the gallery. It takes idyllic notions of the potential of a gallery and stretches them to-and-past their breaking point. A free standing irregularly-shaped and transformable temporary building will be constructed in the project room of Locust Projects to function as an independently functioning, hyper-paced version of an art space. A false address for the gallery has been scouted: 20 NW 39 St. Miami, FL. 33127. The address is an approximation for the parking lot behind Locust Projects. The project will have its own name and will present itself as an independent space. The gallery hovers between simulation and reality: the walls are “false”, the structure is irregular and movable, the address is made up but functional. The building may seem secondary to the curatorial aspects, but forms the heart of this project and is the frame through which all programming is interpreted. It is an almost comical assertion of independence even as it sits under the Locust Project roof and is made possible by Locust Project’s support; conversely highlighting the artist/institution/funding relationship. Because of the flexibility and temporary nature of the space it will constantly be shifting how each artist works within the space. The building becomes a participant as a home and an antagonist to everything happening inside. This meta-gallery will function at an unreasonable rate, attempting to condense an unreasonable amount of programming into the approximate month of the show. Programming will be balanced between several scheduled programs and many more planned on the fly: a call for proposals will be sent out and ideas will be accepted to occur within the project space with very little notice. Other artists or groups will be tapped by the curator/artist for certain projects or to propose activities. Participants will be encouraged to propose things they have previously felt they did not have a platform for or was not important enough to merit hosting by a gallery. The proposal carries significant risk for types of failures and this is by design. There is bound to be massive fluctuations in attendance at different functions which means that some may be attended by only a handful of people. The pressure put on the gallery space as well as any participating artists and viewers is unusual for a single mid-summer show, but it is common place on the opposite end of the year during Art Basel season. By emulating some of that fervor this project seeks to cause viewers to question the logic and goal of art viewing as an exercise in endurance. The goal of this project is to question the relationships between curator, artist, and viewer by subverting them from expected norms, but still cling to recognizable conventions. There is no intent to provide “solutions” to perceived “problems,” but force problematic aspects in art world relationships to surface.